So I know you're reading the title and thinking one of three things...

1. Who is Magic Man ?
2. Why are we repeating their name?
3.How does the sky change in the day from the night?

Well,the answer to all of these questions (expect the last one)  is, let me explain from the beginning.........
It all started on a dark and stormy night........ No wrong story.

Ok, it all started when we left from Black Point settlement (see blog below). It was very wavy  (and when I say very wavy I don't mean baby waves I mean 6-7 footers - HUGE!! - like the size of elephants). Which is odd because our weather forecast said it would be calm (which looking at it now - the forcast was off by 200 feet). Anyway as I was saying we were in an anchorage with huge waves and obviously none of us liked the huge waves so we decided to leave and headed for a protected marina, Cave Cay.

Now for the answers to the questions on the way to Cave Cay we passed Musha Cay - owned by David Copperfield - for all of you who weren't paying attention or don't know, David Copperfield, the magician! So as a joke we decided to hail Mr. Copperfield on the VHF radio so our friends on boats around us would hear the conversation and think we were serious and it would be hilarious. And for all of you who haven't seen dad's favorite movie, "Talladega Nights", he is refered to as the Magic Man. So we hailed him, with dad on the handheld radio responding as Magic Man.
It was HILARIOUS!

When we arrived at the marina we met our friends, Stepanie M, and our new friends, Autumn and Morse Code III and New Horizons

We went snorkelling around Mr. Copperfield's islands (he owns 11 actually) and found a cool mermaid with a piano he had sunk in one bay.   There were cool caves I could do handstands in. 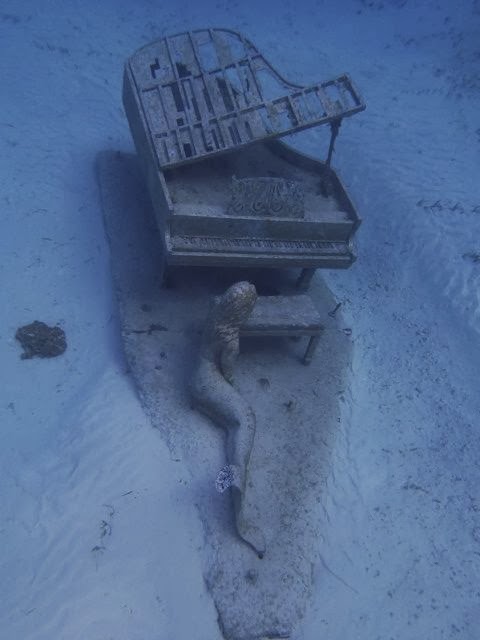 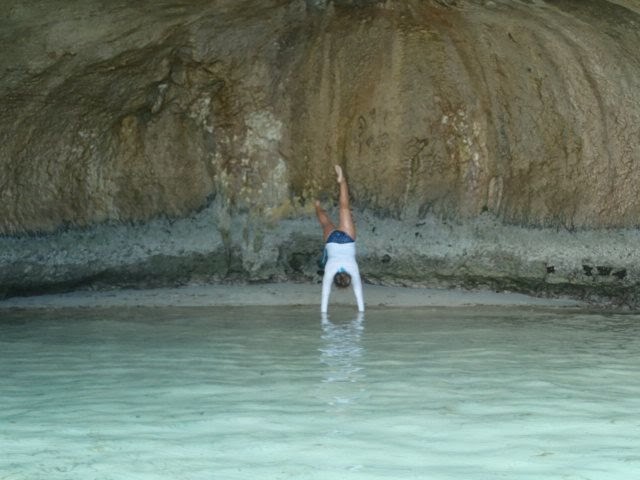 That night, we had a cocktail party at the amazing yacht Autumn. We talked to everyone for hours.  What such nice people. 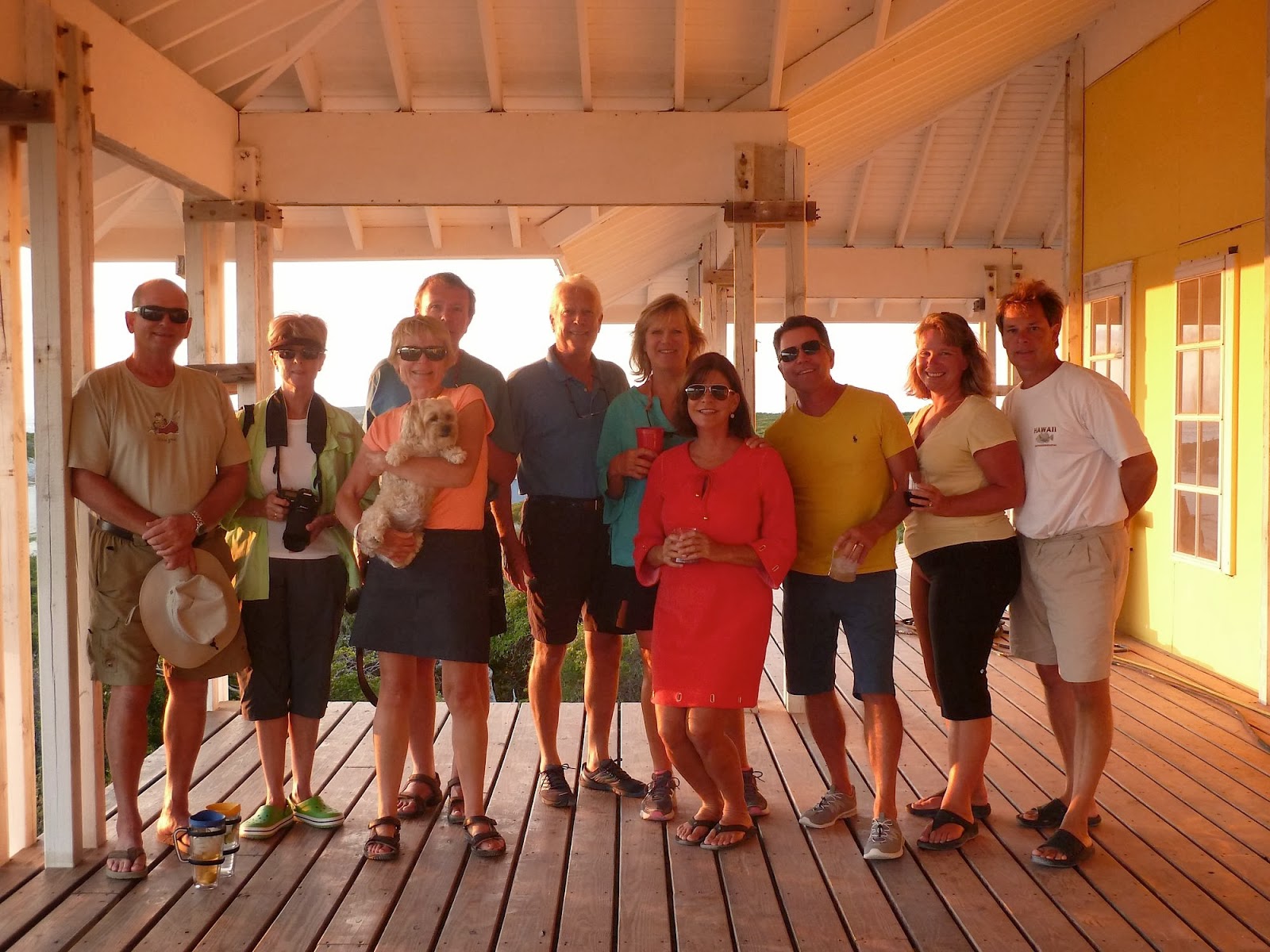 The next day we went lobstering with the whole group and caught one lobster.  (almost on our own - well we found it anyway….) We all ate well thanks to the supply our fishing buddy Jeff brought along to sell! 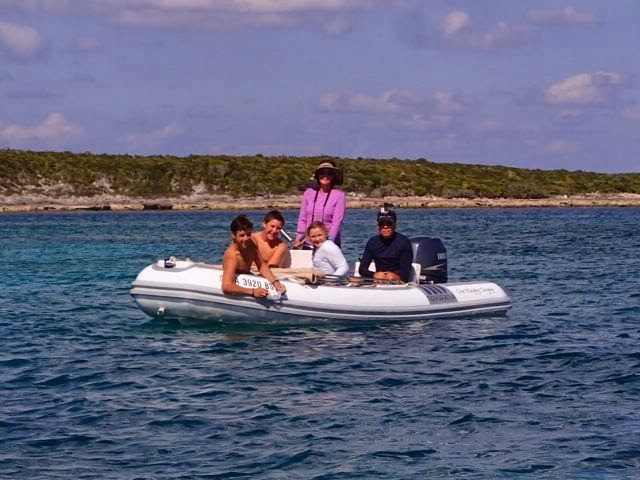 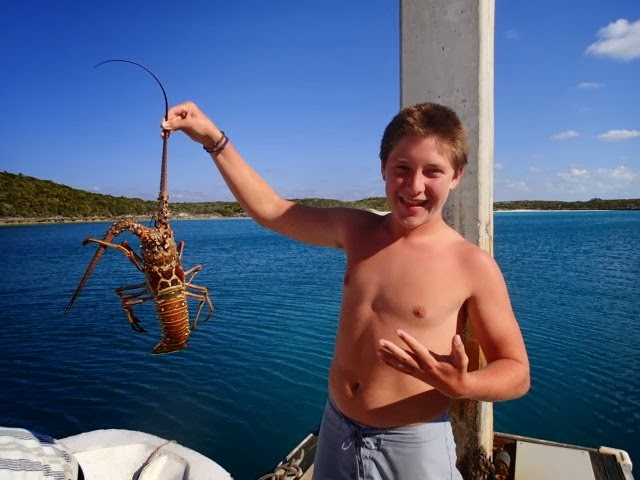 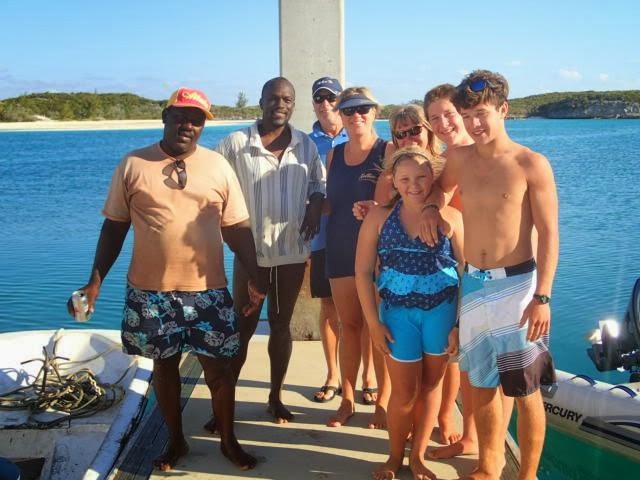