After enjoying the delicious grouper, that Jeffery brought from Farmer’s Cay, we headed a few miles north to a mooring ball between Great Guana and Little Farmers Cay to get some protection from the strong east winds. Once the depth was checked to have at-least 6 inches under the keel at low tide (can’t say 7 inches because there wasn’t that much water) we headed into town to explore. We made arrangements to return to Ocean Cabin for dinner and caught up on the news... We didn’t miss any good news so back to the dinghy to explore. We headed up the beach towards oven rock and followed the trail into the caves hidden in the middle of the island. 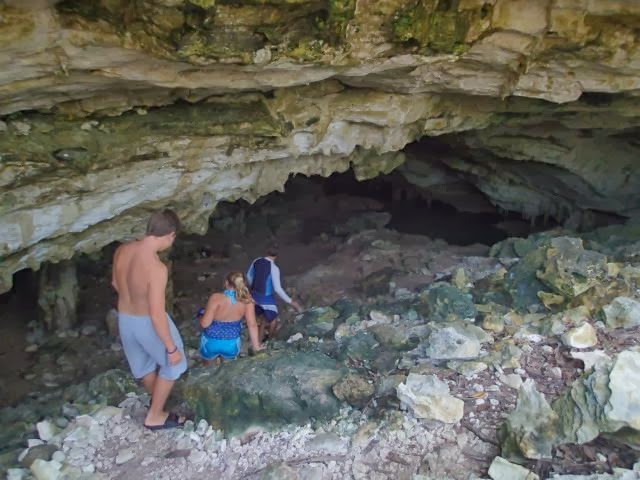 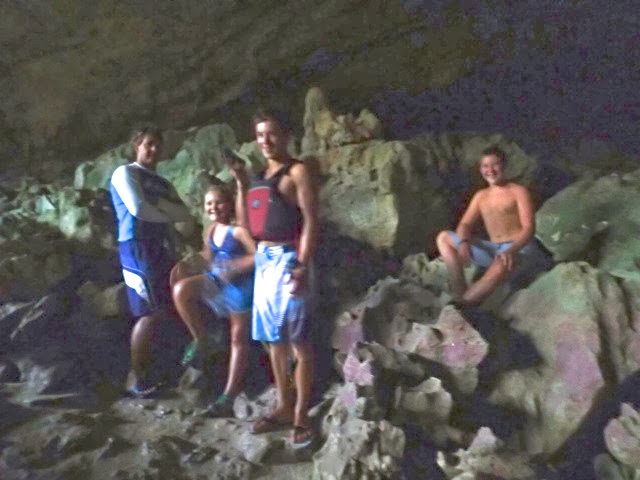 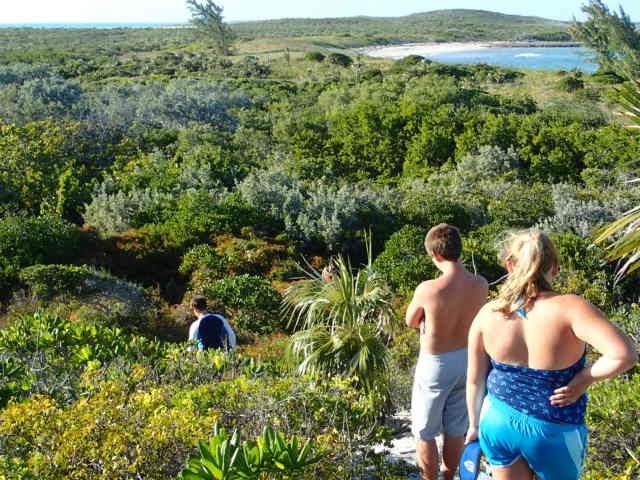 We returned to Ocean Cabin for an excellent dinner, finished off with an amazing local desert called: Guava Duff, which is a combination of Guava fruit rolled into a pastry. I’m not exactly sure how its made but when it’s on your fork, it really doesn’t matter. 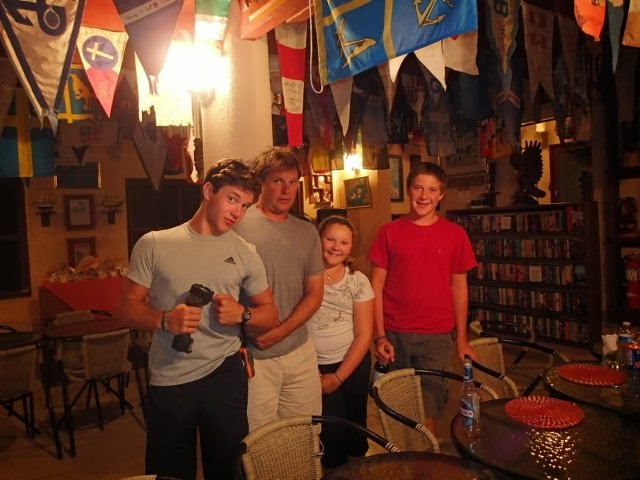 The following day we speared 12 lobster with 2 shots (one was only wounded and started pulling the others away and needed another shot) before stopping for a lunch break. Lunch took place at Famer’s Cay Yacht Club where we flagged down passing dinghies from Autumn & Morse Code ||| who we recently said goodbye too two days earlier in Cave Cay. After lunch we returned to SeaMorr for a siesta and to relax. For dinner we ate lobster tails over pasta alfredo on board. It really does taste better when you know which little spot in the ocean it came from. If only these lobster had claws to make catching them more interesting, otherwise, we just gotta make stuff up. 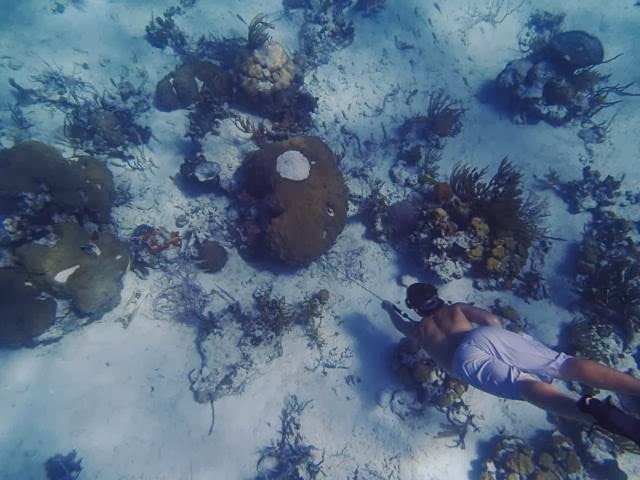 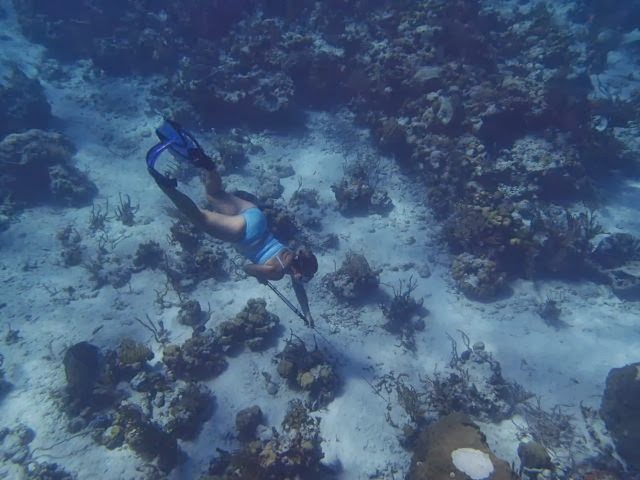 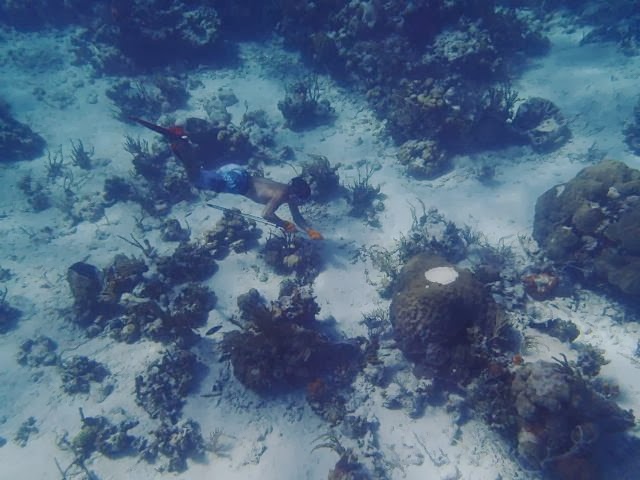 PS the John Deere is a lawn mover on someone's front yard.
Posted by cormor at 10:23 PM