We started off the day in Norman's Cay and made our way south to Cambridge Cay. We made a sharp turn at a cut with rather large waves where Aaron believed it was a absolutely genius idea to be up on the bow for the rather bumpy part of our cruise that day. 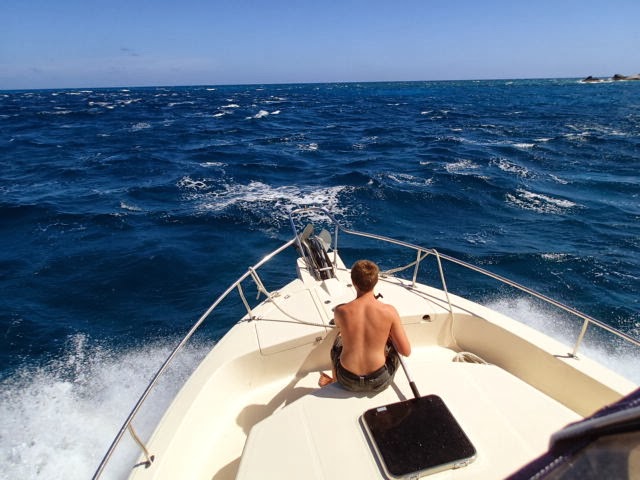 After our arrival in Cambridge Cay we made a short dinghy/tube ride over to the Aquarium. The Aquarium, contrary to what you might think is actually a live coral reef with plenty of fish. There, we didn't feed the fish and went snorkeling with the multiple varieties of underwater life. 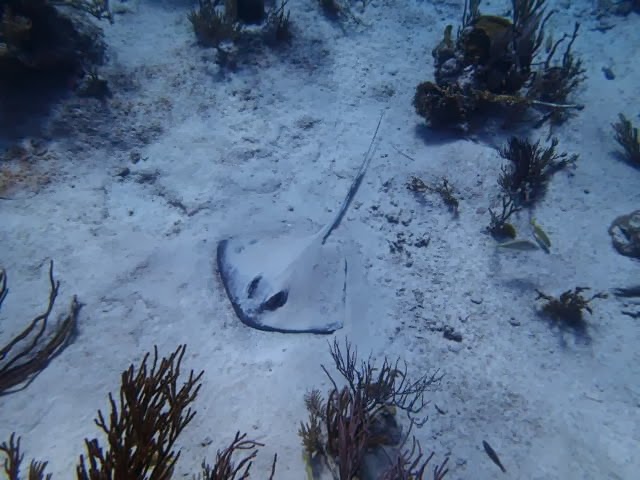 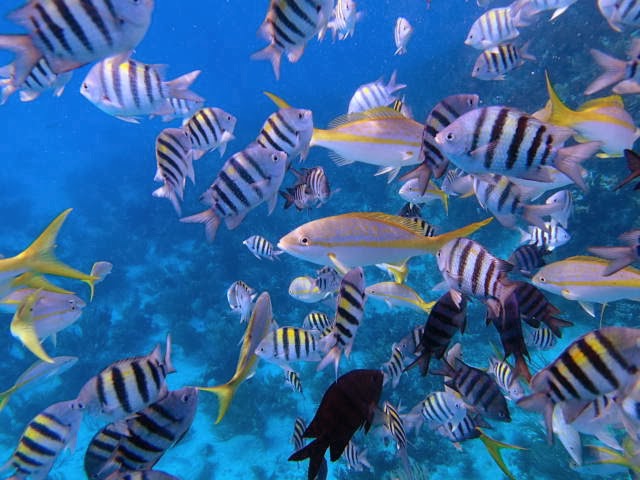 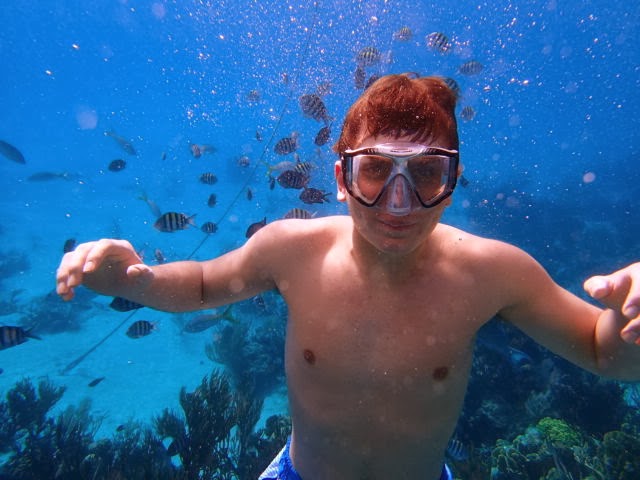 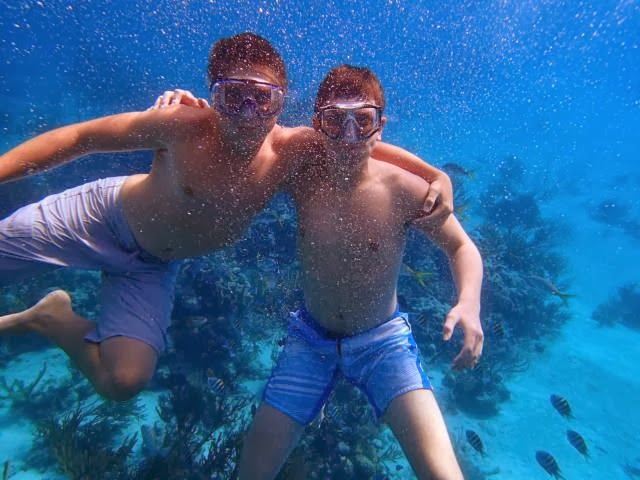 After arriving back at SeaMorr we went to Bell Rock Beach which was supposedly a beautiful beach but was somewhat anticlimactic considering it was pure rock all around and the only interesting thing was the blow hole in one of the many rocks there and a few pictures that were interesting. 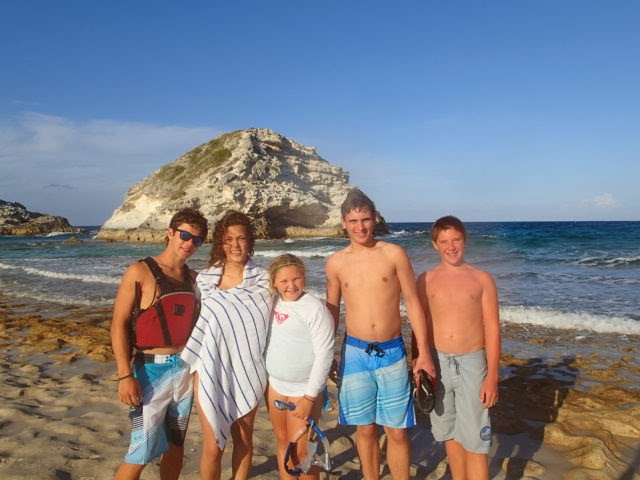 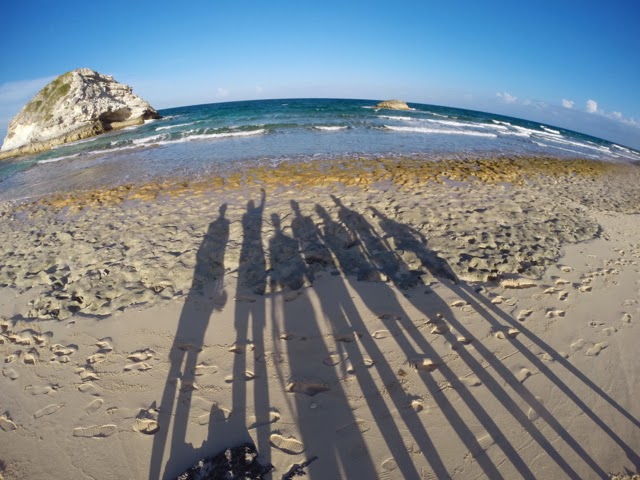 After the small photo shoot on the beach, we headed back to SeaMorr for a delightful meal of chicken we played a very interesting game of Things, mostly involving some of the recent incidents in Napanee and hinting at many of the interesting events happening back home. After that very very inappropriate game of Things we proceeded to go to bed.

I have to say. It was a good day in paradise.

P.S. I want to say a huge thank you to the Morrison Family for having me on such an amazing trip. I would do this trip again any day and I enjoyed myself greatly. I count myself lucky to be friends with this family and happy to be considered an 'Adopted' Morrison, but apparently I look like Kenn? According to a lady in the Bahamas…..she thought that Kim was a MOM to us all - including Kenn! I don't know but I'm scared to be in public now. Anyways as I said a big thanks and have a good rest of the trip!