After departing Norman's Cay, we headed south to the Land & Sea Park's mooring field on Cambridge Cay. As Johnon or Johnan or Jonathan (3rd time's the charm?) mentioned we visited to the "aquarium" just north of Brien's cay on the first day. Seeking something a little more adventurous, we loaded up the dinghy with snorkelling stuff and headed across the cut to Rocky Dundas and the caves within. The ride was kinda rough, with various individuals freaking out by the size of the waves we were surfing/crashing through. See picture below. 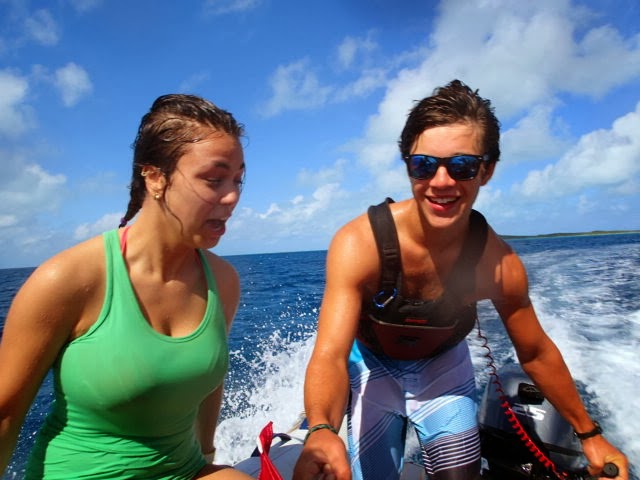 Once tying up to the park's mooring balls and attaching a tag line (a line that floats behind the dinghy you can grab if the current/waves are too strong for you), we swam into the cave. It took a little practice to time the surge through the mouth of the cave, but we all made it in (and out) safely. 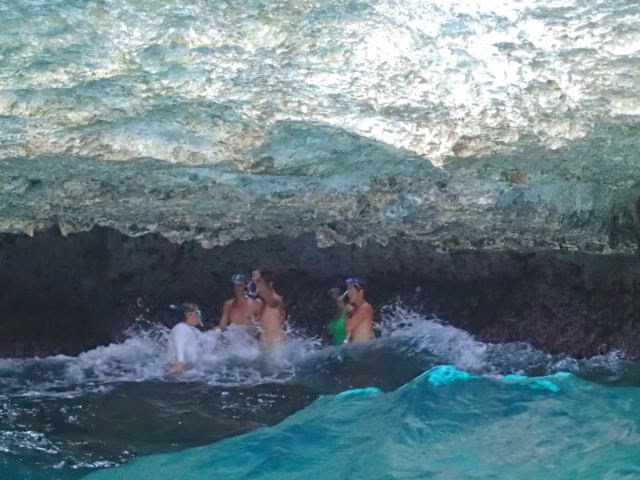 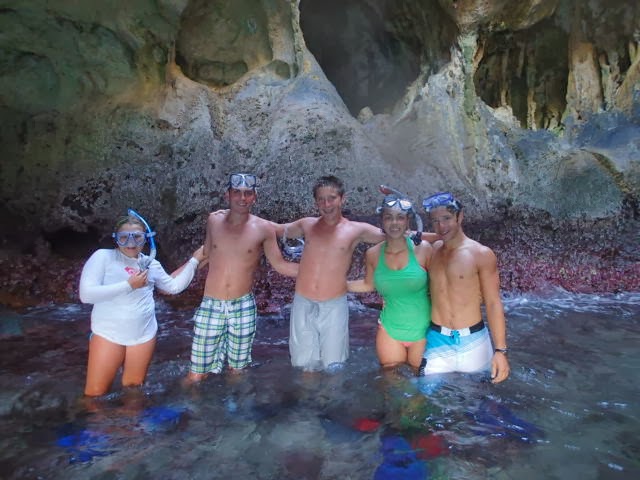 On the return trip to SeaMorr, some individuals felt the need to stand on dry land again, so we stopped off at a nice sandy beach and walked across the cay to Honeymoon beach. This beach is one of the nicest beaches we've been to (so far). The sand had the same consistency as pancake mix, yet firm enough your feet won't sink into, when walking on it. The sun was shining and the waves were gently crashing on the beach. The sun might of been shining too much for some. Apparently in Canada, the sun hasn't been out too much recently and Johnon or Jonathan (still guessing there) got a little sunburnt… but "that's better than being pale" according to him. 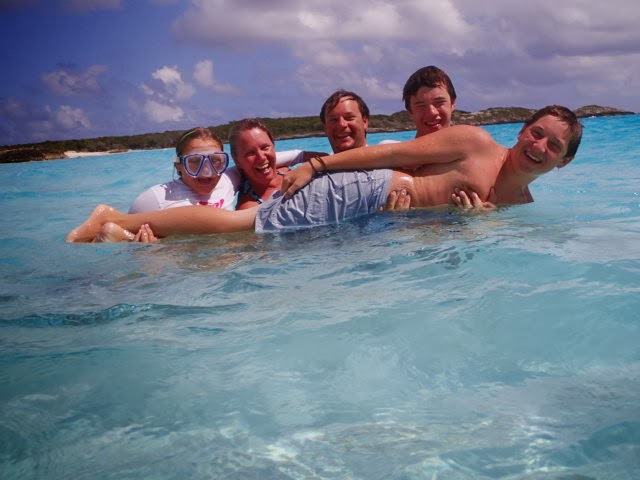 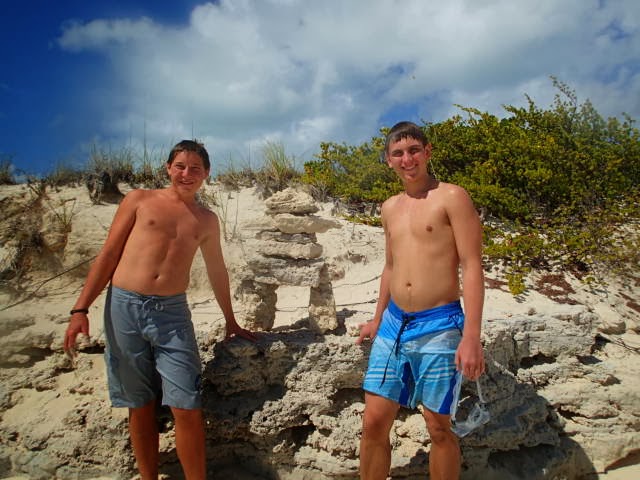 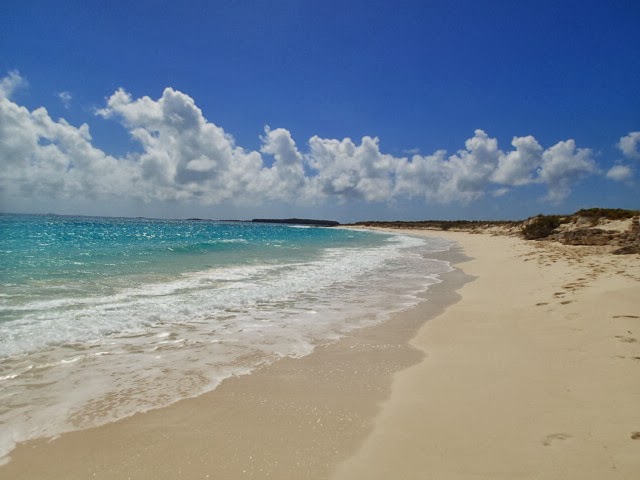 That night we started watching James Bond: Tunderball in anticipation for swimming at the grotto the next day.