After spending a great afternoon reprovisoning in Rock Sound - which is apparently on one of the biggest settlements in Eleuthera - we had dinner at Pascal's - really for the third night in a row.  He now has two restaurants on the island and runs back and forth with his staff between them - the chef that night even recognized us!   Downside though was they didn't have the fixings for frozen drinks - so no encore on Aaron's favourites....Upside however was we met these awesome people who had crossed the Atlantic together on a 40' sailboat from Gibraltar.  They had met in the marina there, one young French young who had no sailing experience at all, but marketed himself as "very self motivated", one woman was from Germany, having left the record industry to travel the oceans, and the captain who was a fascinating woman originally from Mexico, on her way to visit her daughter in Miami fulfilling her dream of captaining her own boat across the ocean.  We had a great evening trading stories and only left when the waitress said she was headed home. 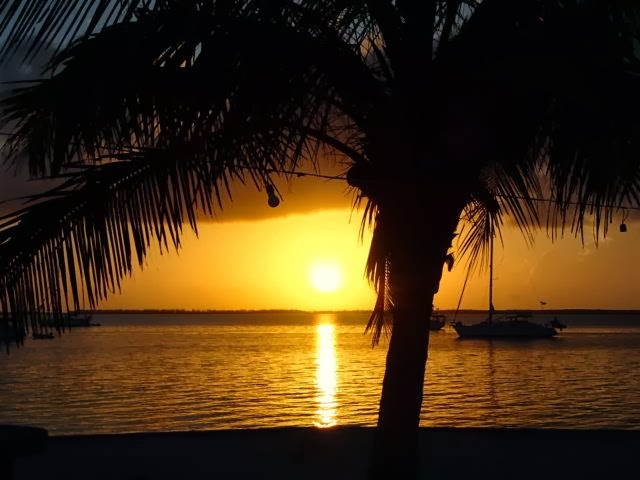 The next day we cut across the Exuma Bank on nearly flat water (good for us, not so much for the boats with sails) and glided into Spanish Wells.  It is here that yes, we finally found it - really good ice cream.  It was a great end to the day. 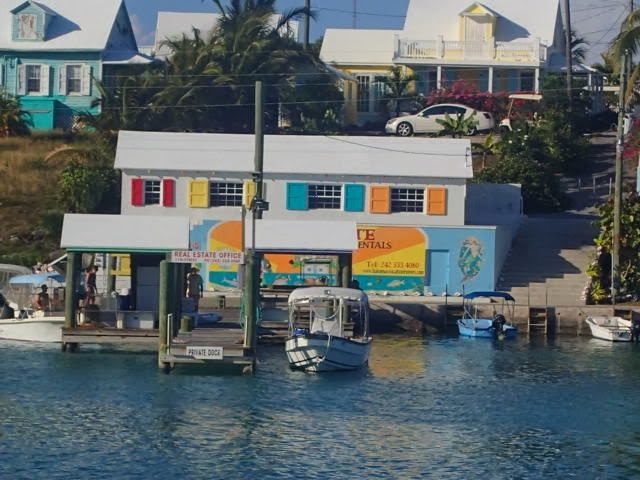 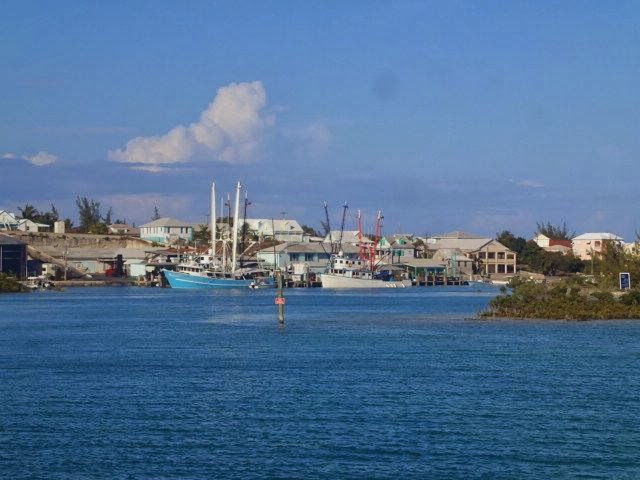