The Food, and the meaning of Christmas

So, I'd just like to clarify something, the title is a lie. This blog post really has nothing at all to do with the true meaning of Christmas (which has more to do with badgers than you might realize), I just put that in because the leprechaun voices in my head told me to.

Anyways, I wanted to write this post just to tell you all about the food we've been eating whilst on our trip (if you are an english major, please email me as to when to use "whilst" as opposed to "while", as it confuses me). So, most of the meals that we eat (~2/3) are on board. This varies wildly between roast beef and cereal, but most of the things we cook most often are: 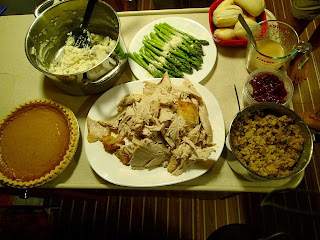 This list is mostly complete. However, it is missing a large portion (~1/3) of the meals that we eat, which are at restaurants. I'd like to present a list of some of the most memorable restaurants (basically the ones I remember without having to reread some of our blog) that we have visited so far. As such, I, Aaron Morrison, humbly present to you, dear readers;

The list of Memorable restaurants that we, the crew of Seamorr, have visited so far, which is presented in Technicolor, and with no meaningful order whatsoever.(I'm lying about the technicolor bit. It's black and white.)


There you have it. The restaurants that I can remember. I have a bad memory. 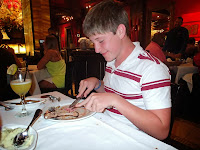 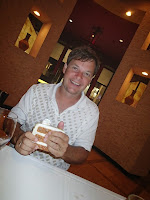