Rockets and Shuttles and Space (oh my!)

So today, we watched as a scientific atmospheric research station blasted off of the face of our world towards a different planet at several thousands of miles per hour atop a pile of hundreds of tons of rocket fuel, never to return to the small orb that all humans who have existed died upon. Fun fact, space is really cool. 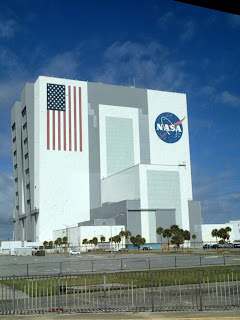 So, anyway, today started with us going to the Kennedy Space Centre, which is the coolest museum we have visited thus far on the trip. There are spaceships and rocket scientists (who we were warned not to make eye contact with. Yes, I'm kidding) space shuttles and rockets and broken powerpoint presentations and people who were excited about mars and interactive displays and broken garage doors (really is amazing that we can trust space exploration to engineers whose power point presentations and automatic doors don't work) and the privatization of space exploration and the world's largest hand painted american flag and alligators who know how to get through automatic doors (we heard from stories, not from personal experience) and water towers and IMAX movies and an angry birds exhibit and history and we got run over by a mars rover prototype but it was a really small one and it wasn't that heavy and outdated 3D glasses technology and really long lists that use the word "and" instead of commas and SPACE! It was a good day. Except for the chicken fingers, they sucked. 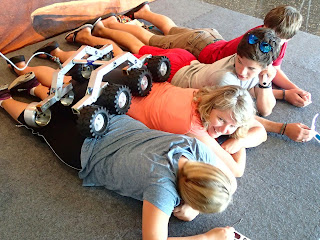 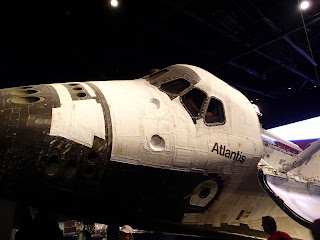 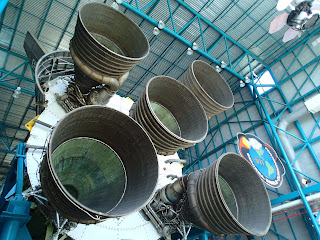 Anyways, after going to the space centre and learning about how they built the soundstage they used to fake the moon landing and how no one gives enough credit to Braun for designing the Saturn 5 and learning how rocket fuel works (I'm trying to keep this list shorter than the last one) we went back to the boat, where we played cards, sat on folding chairs, used commas correctly, saw a french (quebec, not france) couple we had met earlier on the trip and waited for the MAVEN to launch. Speaking of which, if anyone knows whether I am supposed to put a comma before that and, could you please tell me? 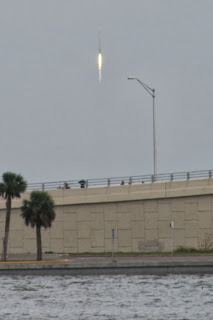 So. The Maven. Well, MAVEN, as Strunk and White would tell me to write. It IS an acronym. It stands for Mars Atmosphere and Volatile EvolutioN. It is a space station that will orbit around Mars and tell us stuff about its atmosphere. Or, lack thereof. And why the aforementioned lack is present. If you actually want to know more about it, here you go. I love wikipedia. Anyways, we watched as it rose through the atmosphere, slipping the surly bonds of earth and all that famous quotery. It wasn't actually that impressive though, we were quite a good distance away. It was still kinda loud though. Even from miles away, we could hear the rumble as it started rising. After it flew out of sight (it was a cloudy day, we saw about 20 seconds of it), we went back inside. It was still cool though.
Posted by Unknown at 9:27 AM