21 is what you want in blackjack, 50km/h over isn't what you want a ticket for and in the maritime world, the number 5 is the unluckiest number of all. The USS Yorktown (CV-5) was sunk at the Battle of Midway in 1942, the USS Yorktown (CV-10) was renamed during construction to be the 5th ship in the US Navy to be named "Yorktown", (named after the Battle of Yorktown in the American Revolutionary War). It was renamed to confuse the Japanese how an American aircraft carrier called "Yorktown" was still sending radio transmissions when they thought they had sunk it. During her years of service, only 5 men were killed by the enemy. In an aircraft landing accident, 5 more sailors were killed and there are 5 more coincidences I can't remember.

The ship is claimed to be haunted by past servicemen of the US Navy, "heroes still going above and beyond their call of duty" as it was explained. People have claimed to see shadows in places light couldn't cast them, known on the Yorktown as "Shadow ED". Cameras have captured pictures of faces and servicemen sitting in the cockpits of various aircraft. 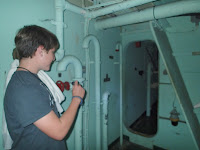 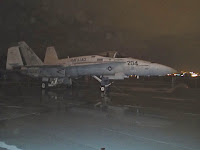 There have been dog barks heard on the flight deck when pets aren't allowed on the ship, while in service there was a dog named "Scrappy" who was snuck onto the ship and allowed to stay as a mascot. Random scents have been smelt around the ship such as aviation fuel (it was all taken off in 1970 when the ship was decommissioned),  the smell  of fresh coffee with no coffee machine on board, men's cologne amongst the bunks when the room is behind a locked door and cigarets when only security guards are on board. Also a person wearing a black trench coat and hat with US Navy in-scripted on the brim (a style discontinued in the 60's) has been roaming the ship, who is so realistic a security guard called the police department who searched the ship and chased the man into a solid steel wall. Not coincidentally, those are the 5 types of "supernatural" unexplained events witnessed on the USS Yorktown (CV-10). 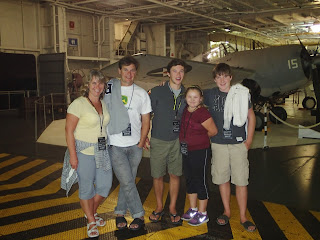