"This is warship 66... Use of deadly force authorized"

The trip from Hampton down the Elizabeth river takes you past the largest naval base in the world; Naval Station Norfolk. Having taken a land tour the previous day, it was clear this was a no-nonsense base and highly active. When we crossed, Destroyers: 66, 79 & 51 were all coming out of berth followed by aircraft carrier #5 and passing us head on (port to port) in the main channel. For anyone transiting this area you are wise to monitor channel 13 to hear their securité calls and security zones: within 500 yards you must travel the minimum speed to maintain steerage and do not come within 100 yards as it may lead to arrest/prosecution and defensive measures to protect the ship including the use of deadly force is authorized. "My nerves are shot already".  Never the less, the Elizabeth river through Norfolk and Portsmouth had enough activity to keep us occupied for a few hours. 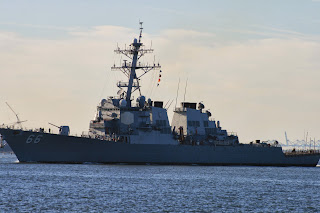 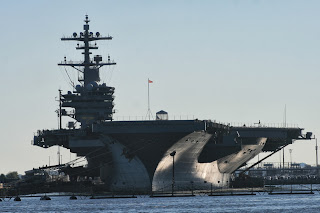 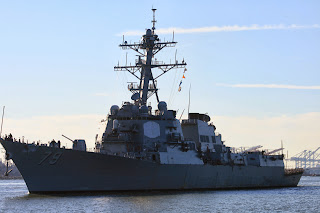 Next was the starboard turn into the Dismal Swamp Canal. It is 40.5 miles long and looks the same from one bank to the other. On the first day, the most excitement we had was a gentle left turn part way through the canal. Just past mile 28 (from Norfolk) is the Visitors Centre with a free dock that is home "docktails" every night with the crew from all the boats rafted up together on the dock. We met some really nice people who I'm sure we'll see many times on the way south as well as many others on shorter trips. Never the less, the record of never meeting a fellow boater we wouldn't want to meet again still stands. 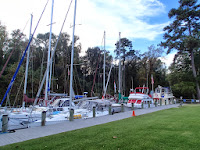 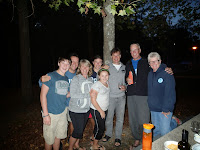