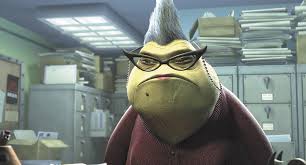 We hopped on VHF Channel 68 and heard "Roz" from Monsters Inc. on the radio. She was in a tender that was moving people from either their mooring ball or their dock to the Newport Boat Show. Every time we heard her voice on the radio, we wanted her to say "I am watching you, I am always watching", however when we met her, we decided that it best not to upset her as she could probably take all of us. She picked us up at the floating dock (Dock #1) which was just outside of Fort Adams. 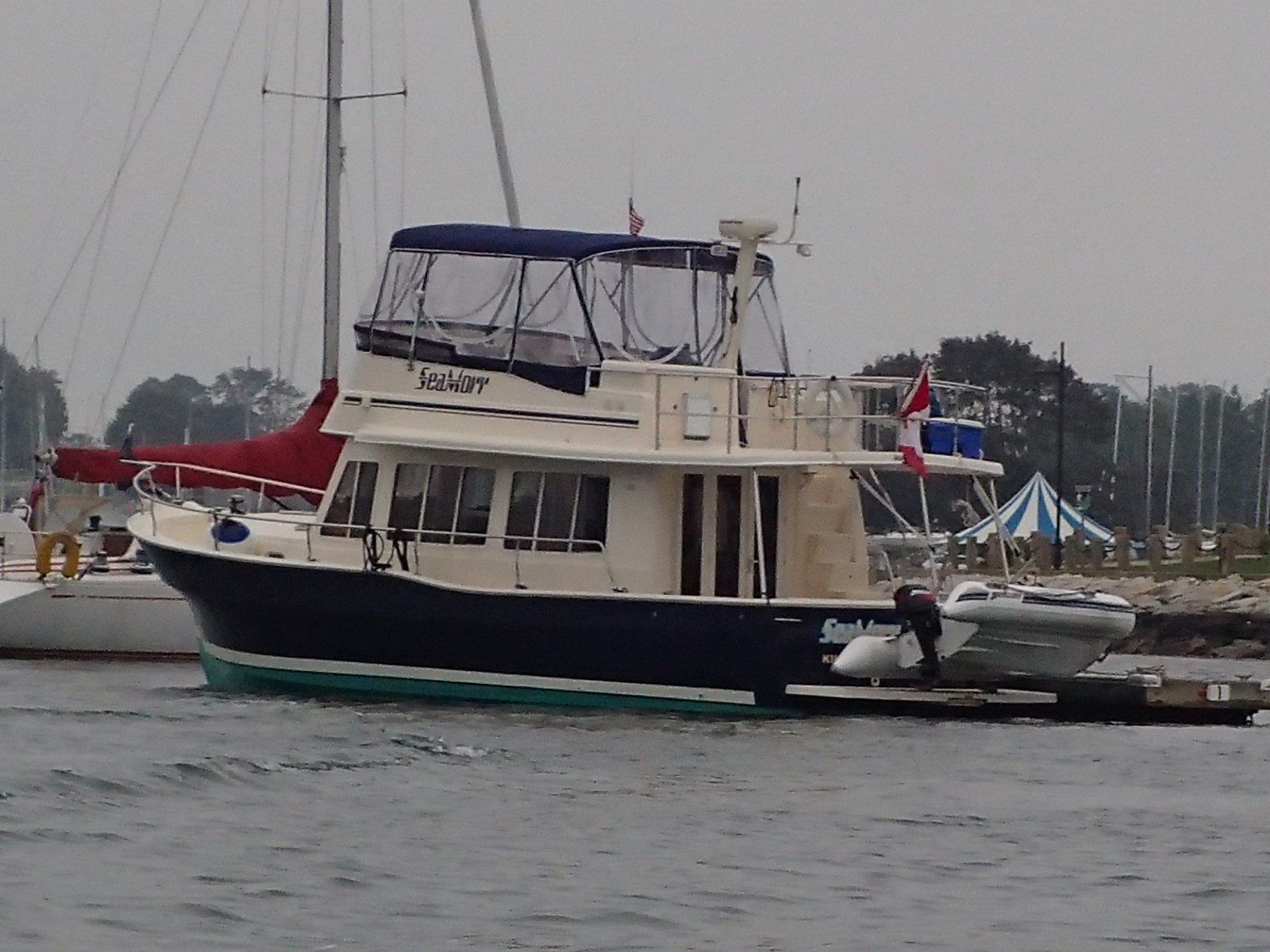 We entered the Newport Boat Show and took a tour of a number of boats...the Beneteau 50, North Pacific 43, Nordhaven 62 and Grand Banks 50. We decided our 40' Mainship was a great boat for our trip and there wasn't anything that we would like to change or add to the boat. We did however purchase a new VHF Radio that provides AIS (AIS allows us to see what boats are around us and allows us to hail or call them by name). It is pretty cool to see that there are 15 boats around you and your don't see any when you are out in the Atlantic.

Corey & I spent most of the day at the Boat Show. We saw all sorts of boat stuff and had a great day. Kim, Aaron and Katie decided that they wanted to visit some of the mansions in and around Newport.

We all met back for dinner and had a great dinner that was overlooking the harbour that evening. 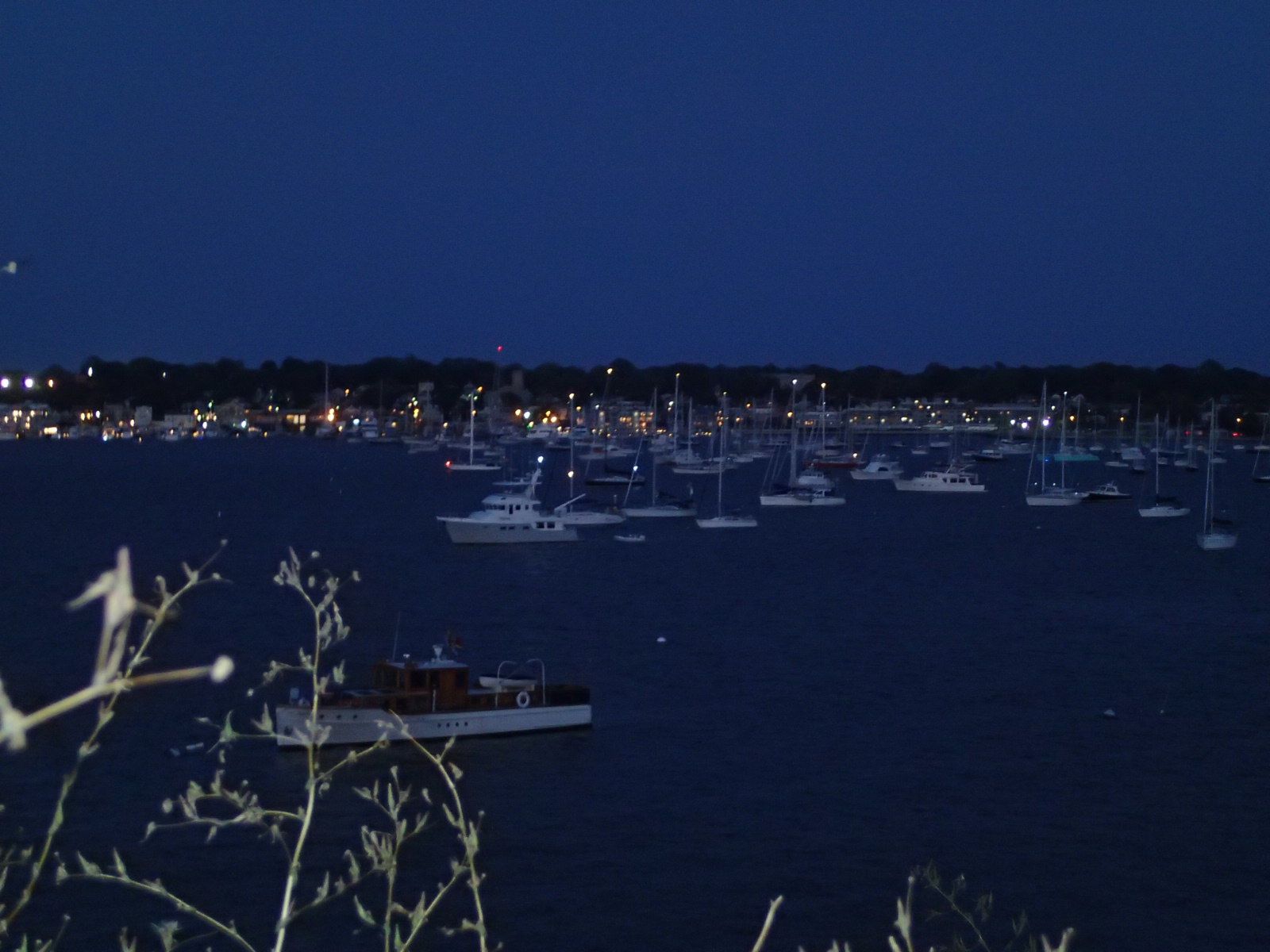 Because we still weren't tired and thought there was still stuff to do, we decided to take the Ghost Tour at Fort Adams. (In case you didn't know, Fort Adams is the largest fortification in the US, designed by the French, built by Irish labourers and was never attacked). We heard the Ghost Tour person was sick, however we had our own tour with a great guide who took us to all areas of the Fort. We saw areas that had been refurbished and other areas that were in need of repair. The best part of the tour had to be the listening tunnels that we were able to tour. 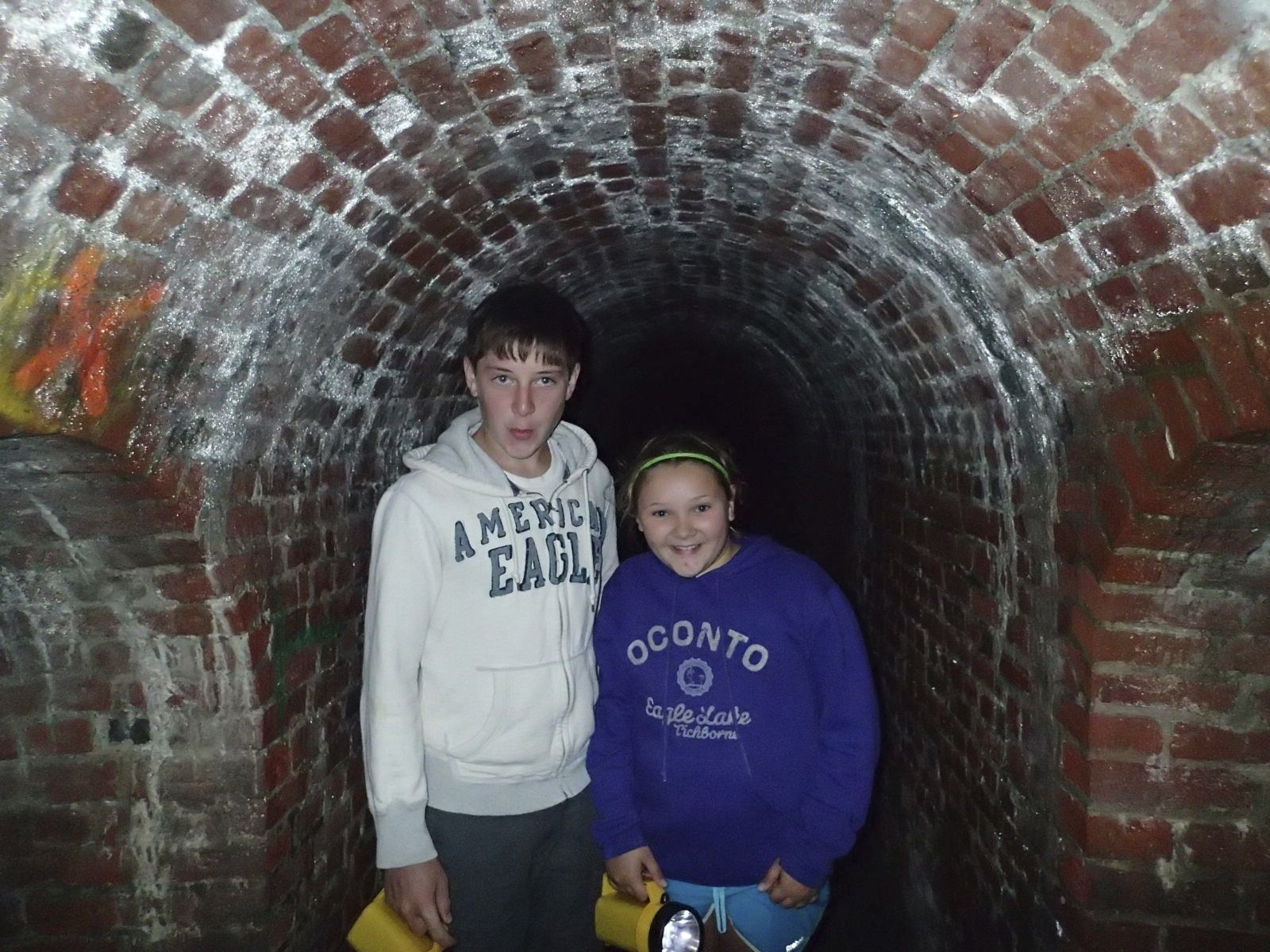