It's Better in the Bahamas

Quite sentimentally,  (in my mind anyway, some may call it sappy, but that's ok too) we spent our last night anchoring on SeaMorr in the Bahamas.  Literally in the middle of no-where (confirmed by looking at the SPOT location) we set anchor well off the channel in the middle of the Great Bahama Bank surrounded by nothing but water in all directions, no land in sight.  It was awesome.  It was beautiful.  It was peaceful.  Ok well maybe it was a bit bumpy all night but it was still a wonderful thing to do together in the Bahamas.

We drove most of the day on calm waters, watching the water change from the blue Tongue of the Ocean to turquoise of the Banks.  The only excitement of the day being a MayDay call from a fisherman who's engine had died leaving him adrift.  Too bad where he said he was (because he could see it on a clear day) which was close to our location, and where he actually was 20 miles south made it quite impossible for us to do more than call Bahamas Air and Sea Rescue to help him. 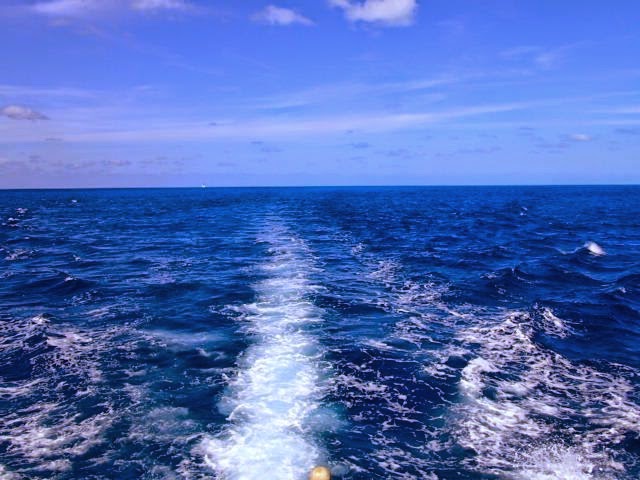 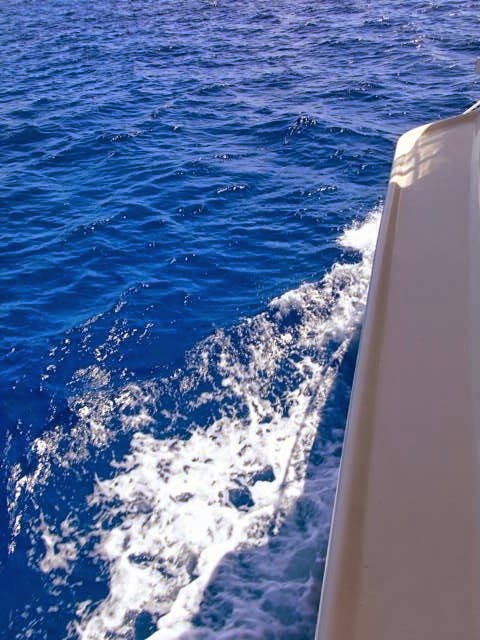 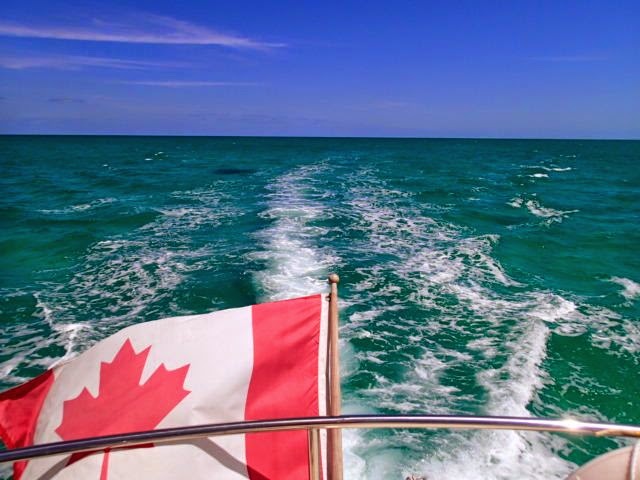 In this case pictures don't begin to describe the scenery or ambiance (especially as panoramic pics don't work so well on a moving boat, and I have yet to figure out how to take pictures of the stars). 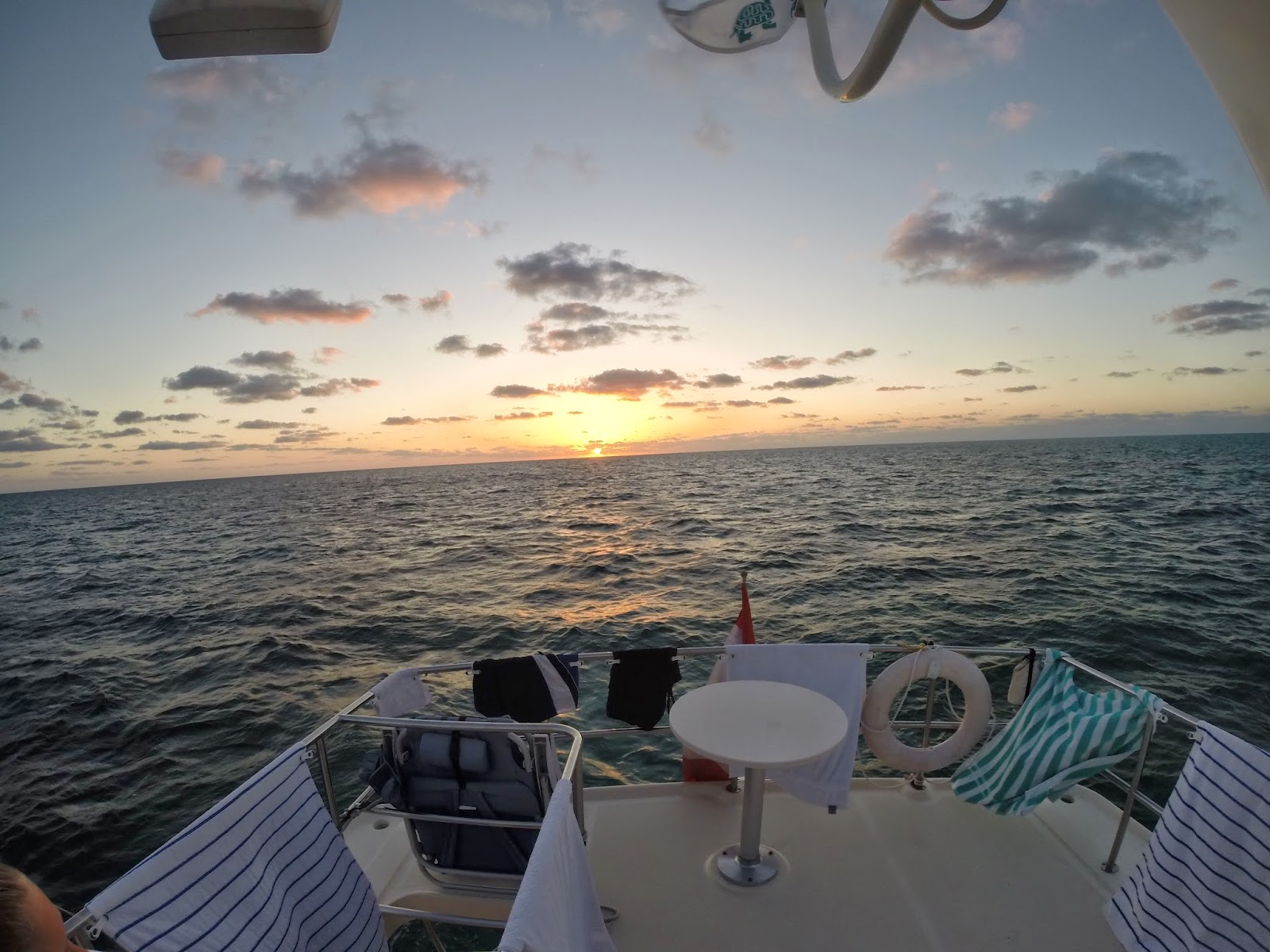 We BBQ'd chicken and watched the sunset, complete with the Conch horn and slept under the stars.  (Ok maybe we stayed up most of the night with the boat rocking, but the stars were impressive scenery) 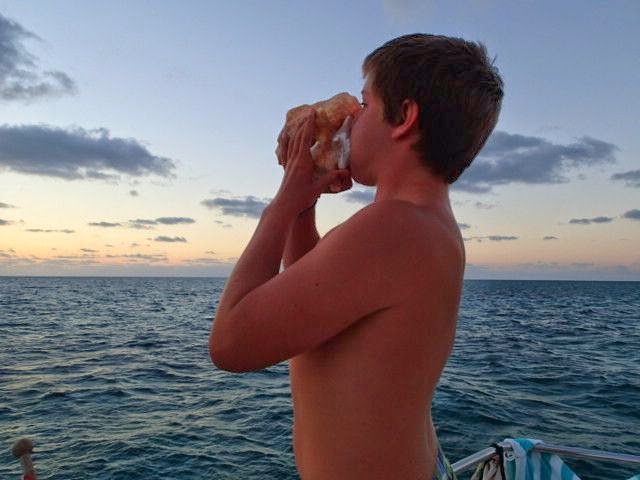 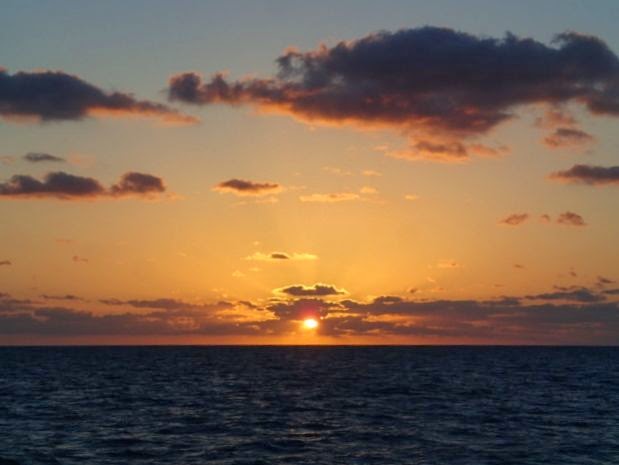 The next day we continued driving across the open Banks & were happy to see dolphins again, even if just briefly at the bow.   I will never get bored of watching the water and just hanging out together on SeaMorr - it has been an awesome adventure. I'm finding neither the words nor pictures to describe….getting quite sentimental all over again :)