Today is the last day that we will have Johnathon and Julio with us. Very sad. As such, we tried to make it a memorable day, starting just after breakfast (we had Raisin Bran, JSYK), with us going, by dinghy, to Big Majors Cay, the home of the swimming pigs. That's not a football team, I mean actual living, breathing, cuddly, curly tailed pigs.


They are also vicious. If they see you holding food, they come up to you and beg. Then, if they don't get food, they nudge you. Then, if you still don't feed them, they start head butting you. And if you run, they will chase you. This is them chasing me...


After narrowly escaping with our lives, we headed back to SeaMorr, where we watched an episode of  Lost, a confusing show that we recently got hooked on, before going to lunch at the Marina restaurant. They have good sandwiches. And onion rings. After lunch, we bombed around the island on a golf cart (Dad is a scary driver), and went to a beach. Beaches are awesome. 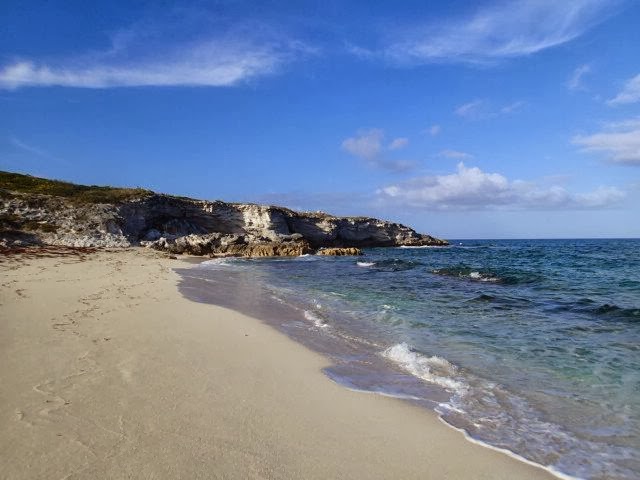 After the beach, and a very interesting drive on what is probably a jogging track, we returned to SeaMorr. The kids played "Things" (link) with some other kids from Ohio (That's in America) while the parents went to the restaurant/bar thing. After a very interesting Things game and subsequent discussion of the differences between our two countries (they were shocked that we used $'s, not £'s), the parents returned, we said goodbye to our new met American friends. Then, to celebrate Jonathan's and Julios imminent departure, we had ribs.