(this is where I'd put a google earth image of Black Point, but wifi here is too slow to download such an image. Google it yourself if you're honestly curious )

Here we met up with our friends the Haases (link), whom I've already mentioned in one of these posts or another. If you are an avid reader, you already know who they are, and if you aren't an avid reader, please go back and read all of my blog posts in chronological order, because they are really well written. Anyways, I'm off topic again. After arriving in Black Point and meeting up with our friends the Haases (blog link two sentences ago), we made plans with them for dinner.

You see, they had obtained some Mahi Mahi filets by trading a half bottle of rum and a new box of Triscuits with a guy who ha caught the fish earlier. Because that is what you do in the Bahamas. We had obtained several lobster tails from a local fisherman by trading him several pieces of paper that have numbers on them and can be exchanged for goods and/or services. Like lobster. So, since we had lobster and they had fish, we got together and cooked it. The Mahi we had fried. The lobster we broiled. After eating most of both of them, they went back to their boat (which is called the Northern Phoeinix in case you didn't click that blog link one paragraph and two sentences ago), and we went to bed.

At this point, I'm going to begin pretending that it is currently Tuesday February 25th, as opposed to Monday March 3rd, which it actually is currently. I hope this does not cause anyone any confusion.

Today we didn't really do much. Kimmy Kenny Corey and Katie got haircuts at the local barber who works out of a laundromat. Because that is what you do in the Bahamas. I didn't because I had buzzed my hair a week or so ago. This I also mentioned in a previous blog post, so, avid readers, I'm sorry to be repeating myself, and non avid readers, please read my instructions from 2 paragraphs and 1 sentence ago. As such, I took a nap. After being forced awake and being forced to do an hour of homework (it really does amaze me that my friends back home go to school for like 7 hours a day), we went to the beach with the Haases (the blog link is in the first sentence of the second paragraph) and another family who live on the boat "Quartet" (this is where I would put a link to their blog, except I'm not sure if they have one). I strung a hammock between two palm trees. 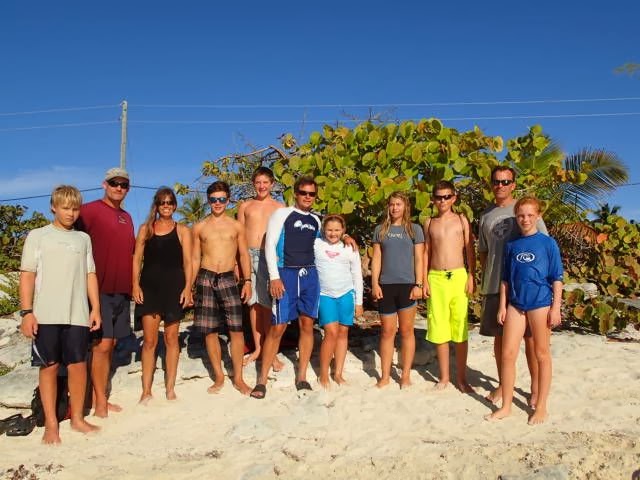 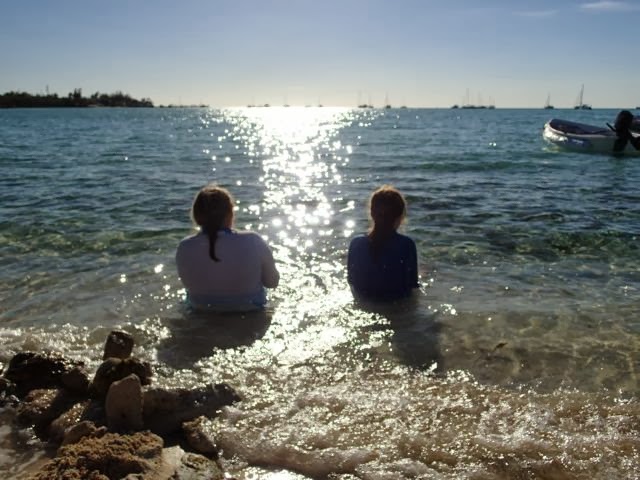 After going to the beach, we went to dinner (there was actually some time between these two events, but I don't know what we did with it, because my memory is horrible and this all happened a week ago) at a bar called Scorpio's. They had been advertising their BBQ special on the VHF radio on channel 16 (the hailing channel). While I'm not sure whether or not that's acutally perfectly legal, I'm glad they did, because they make some half decent ribs (Mmmmmm, ribs). On top of the BBQ special to which I previously alluded, we showed up during "Happier Hour".

While I make no claim to be an expert in alcohol pricing models, I'm pretty sure it works like this. During happy hour, drinks are half off (or 2 for 1, there isn't much difference [well, it's a little different, but the bill comes out to the same in the end {if you ordered an even number of drinks}]). During happiER hour, the drinks are both half off, and contain double the rum. Please don't take my description as fact, as I mentioned earlier, I'm no expert in the field. 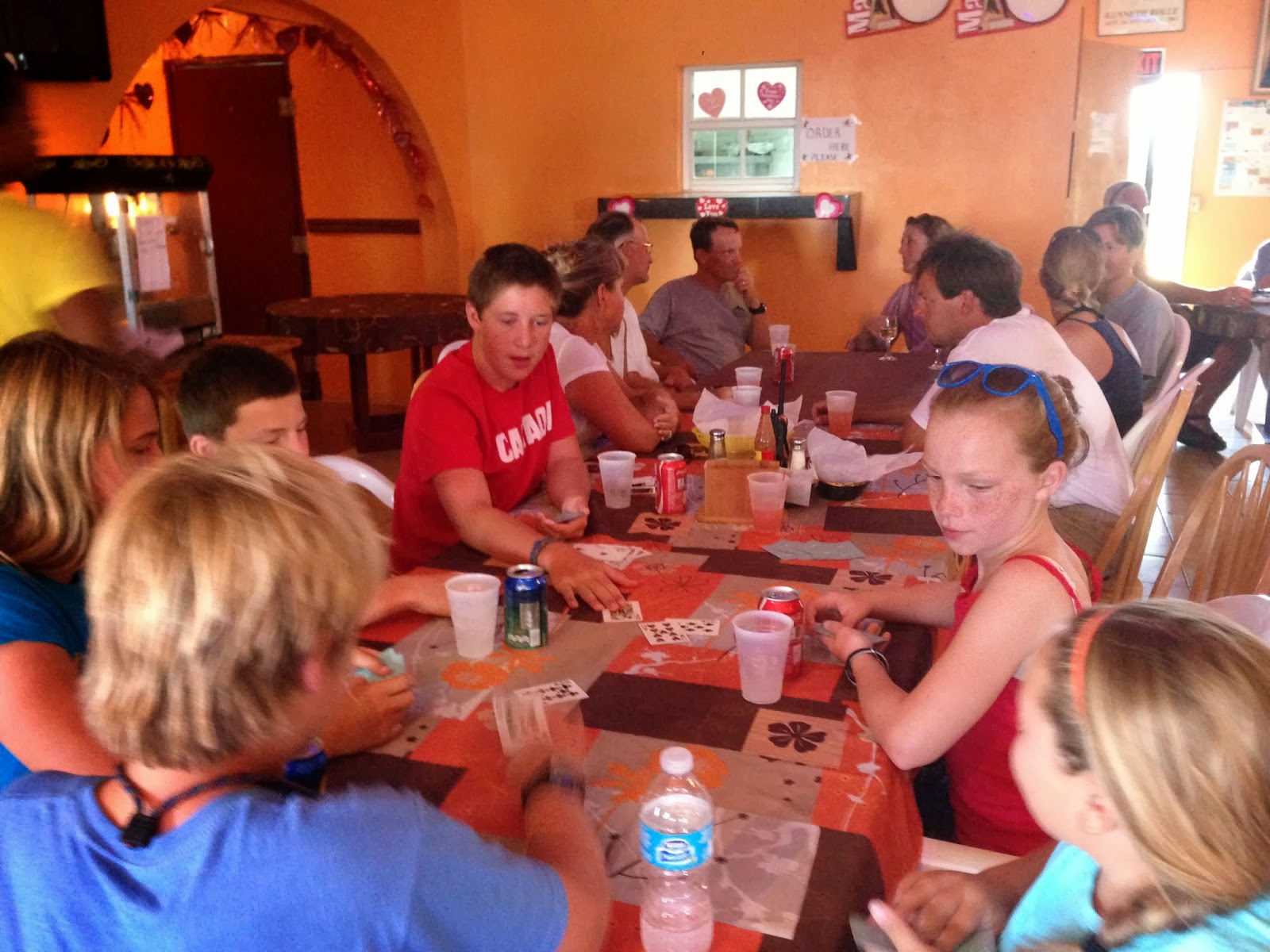 After some very good BBQ ribs, which came beside some very good macaroni and cheese (If you'll excuse me, I'm just gonna go on a little rant here. If you aren't interested in my political views on mac&cheese, please proceed to the end of this parenthetical grouping of text. Here we go. Have you guys ever had Kraft Dinner (or KD, as it's now been rebranded)? Since most of you are Canadian [google told me this. I'm taking it as fact], I'm assuming that you have, since Canadians eat more of it per Capita than any other country on Earth. On this trip, I learned why it is that we Canucks consume so much of this staple. Allow me to share that with you: there are two kinds of Kraft dinner. One is the normal kind that we are all used to, that says "Kraft Dinner" on the box. This is the Canadian version. The other kind is called "Kraft Mac and Cheese", and that is what the rest of the world is stuck with. This second version tastes like shame and broken promises. The worst part is, that is all that we have been able to purchase on this trip. We had to beg some friends who were coming down to visit us to smuggle in some Candian KD because we were suffering from withdrawl symptoms. I just want you all to be aware of this, whenever you think that life down here is all sunshine and beach parties. Whenever you think that winter is tough, try to imagine a life without KD. That is what we are trying to cope with right now).

Right, I got lost again. Where was I? Oh right, after dinner, we went back to the boat and went to bed. We woke up early the next morning, but Kenny's blog post will explain that. Bye!