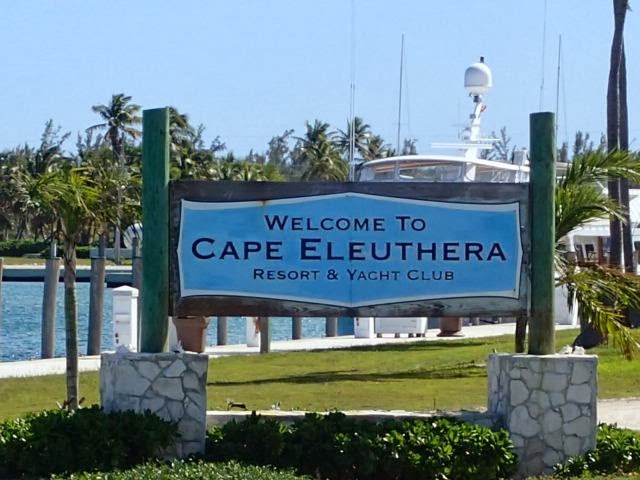 Throughout the course of our Bahamian adventure, we have drank plenty of frozen drinks. Daiquiris, Piña Coladas, Miami Vices (which is just a mix of the previous two, so long as they have alcohol in them. The mixture of a virgin daiquiri and a virgin colada is not a virgin Miami vice for some reason), et cetera. I bring this up, not because my sole goal in life is to make everyone back home freezing to death jealous (it's actually one of, like, three goals), but because we are currently parked in a marina on Cape Eleuthera. Where, apparently, the world's greatest daiquiris are produced. Not that all fruit and rum based drinks are awesome, they are, but they are not all created equal. Some are sweeter. Some are rummier (I do not know this from firsthand knowledge). Some's ice aren't perfectly blended, so there's quarter-inch chucks you have to chew through (#firstWorldProblems). Cape Eleuthera's restaurant's daiquiris had the best of everything. They aren't even paying me to say this.

That's enough time devoted to diabetes inducing glasses of heaven, now I should probably tell you about all the things we did while here:

we went scuba diving off of SeaMorr (there's a first time for everything). While she's definitely not a dive boat, it worked.  Coral reefs, the wall, ridges and holes - it was all cool. 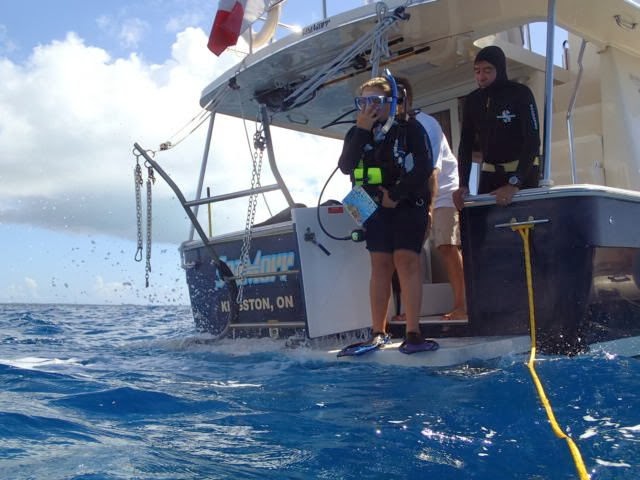 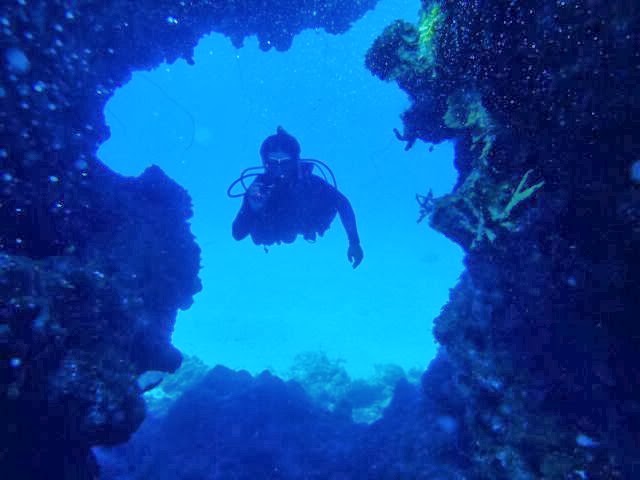 Kimmy got scared by a shark.


The shark was also scared by Kimmy, but I'm not supposed to say that. Supposedly it's insulting.
We did get to see lots of sharks on these dives - some closer than others. 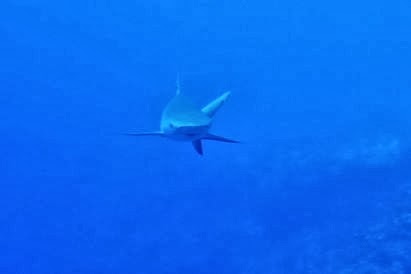 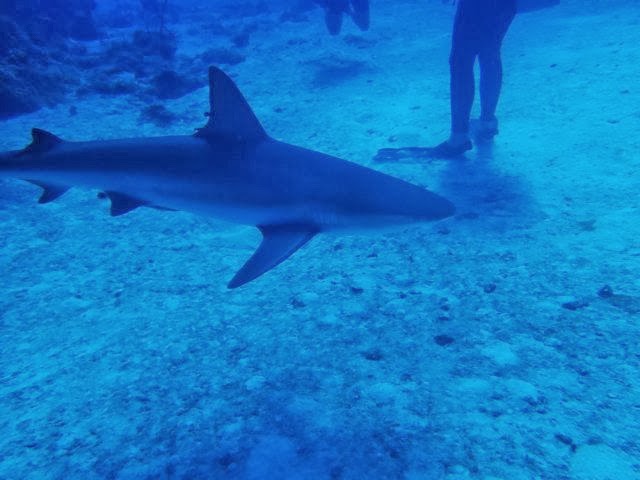 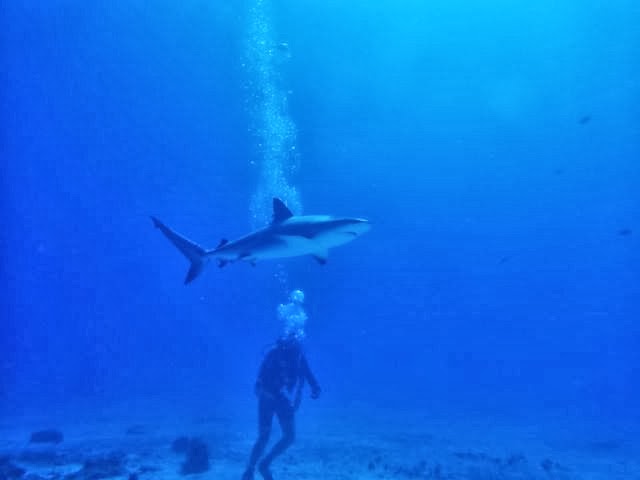 We also met some shark researchers from England. They're cool guys, but we didn't see them catch a shark (no, they weren't going to eat the shark, they were going to GPS tag it for scientific research).  These bull sharks come in to feed in the marina, and the shark guys try to get them to take bait attached to the floating buoy so they can catch the shark to put on the tag. This shark spit it out pretty quick. Sharks aren't stupid 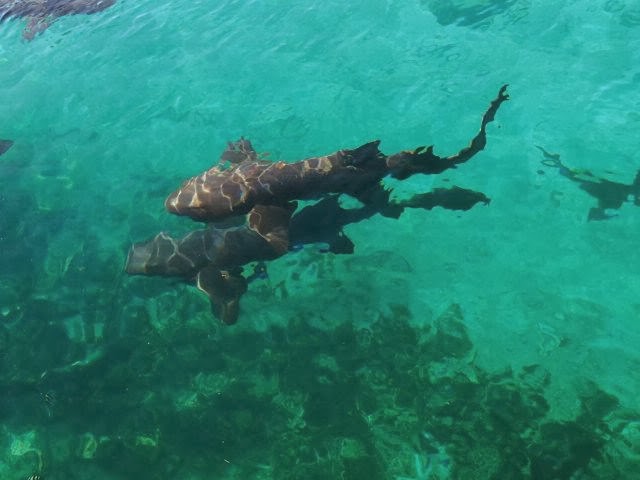 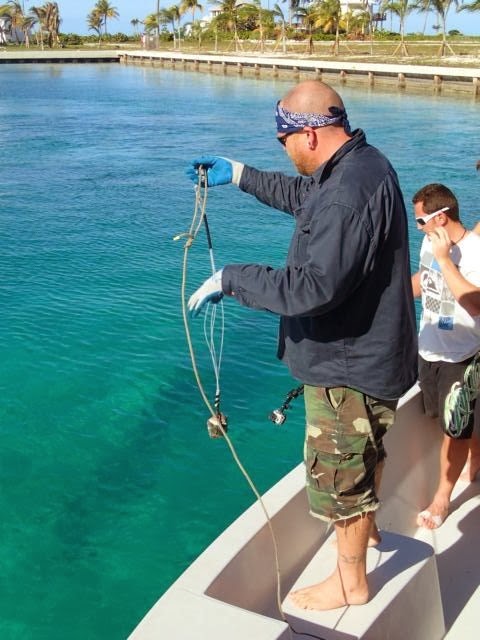 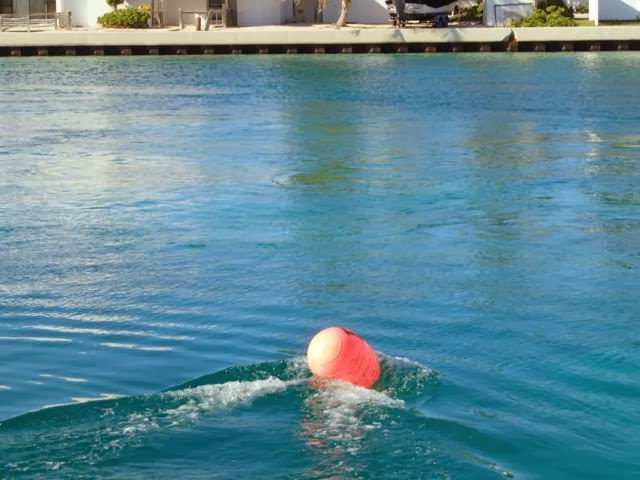